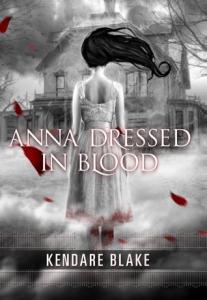 Ghost hunter falls in love with a dead girl.

-1 star for the use of effing/fuck/fucking. I just don’t think it is necessary. One occasion he called people assholes, why? Well they just nodded at him and didn’t want to shake his hand.
It is not that intrusive, I am sure many wouldn’t mind. But I can say it annoys me.

I really liked the story. The idea of a ghost hunter falling in love with a girl who is dead and who he needs to exorcise and how everything goes way different then planned is a nice one.

I like how Cas changed through the story, from I will do it all by myself, he learns to make friends and trust them. I am happy to see he makes friends (eventhough he wasn’t really willing, but I am guessing that is probably because he is afraid he will have to move again and will lose them).

Though Cas had some stereotype behaviour that you would see in horror movies. The whole don’t go in the house, it will kill you (or atleast will try to) stereotype. He kept going back to the house, sure it went ok every time (meaning he didn’t get killed), but again, you would say he would stop, but apparently he really wanted to go there.

Mike and his friends annoyed me in the beginning, I don’t tend to like that type of person.
Wacking someone with a board and then dragging them in an haunted house and leave them for dead/waiting for Anna to appear. Who does that? Really? Luckily Anna spares Cas and his life (for no apparent reasons by then). Though she kills Mike (really gruesome, it still gives me shivers knowing how he died).

The gore, some parts gave me goosebumps (reading some parts of it during the night isn’t a good idea). But it fits the story.

The first time they saw Anna was quite scary, not knowing what she is, not knowing how she would look. The cover helped quite a bit with what she would look like but that is only the backside of her. Luckily the author describes everything, from the blood dripping of her dress to the black eyes, black veins. I could so imagine how Anna looked.

I never expected the last part to become that way. They freed Anna, saw her (really gruesome) past, and now she isn’t a demon/vengeful spirit any more. But suddenly murders are happening, and the knife is gone.
I always had a feeling the rats on the attic were more then just rats, I thought it might be something bigger, especially with the cat acting the way he did when they first moved in. It always gave me shivers, and when Cas his mom told him there was something bigger I got goosebumps all over.
And yes, it turned out it was the same ghost/voodoo spirit that had killed Cas his father years ago.
The knife apparently was their link, he could follow Cas wherever he would go. And while Cas was out ghost killing and putting them to rest.. the voodoo spirit would eat the ghosts Cas killed.

In the end a big mighty fight happened and Anna sacrified herself to save Cas and their friends. Or atleast, she dragged him to some hole (probably hell) and disappeared.

I might try book 2, I am hoping that it contains less effing/fucking/curse words. I still have questions, like where did Anna go? What happened to the voodoo spirit? And many more. So I might just buy it when the paperback comes out next year. (Gah almost 1 year wait :().

Anyway, I would recommend this book to everyone who is in for a little twist to the ghost hunter stories that are around.