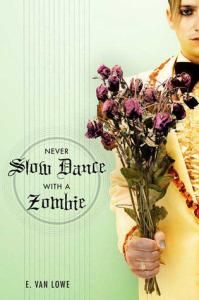 Lets start with the reason why I gave the book a 4 star instead of a 5 star.

One simple reason actually, Margot. She started off quite nice, just your average girl wanting to be popular, wants to have a boyfriend and all that. But who never got all that. But as soon as the whole school (ok almost all of them) went to zombie berzerk mode, and she and her friend were the only ones alive (for now), she started to become cocky. Taking on everything that would make one popular, snorting when her best friend wants a non-cool thing. In the end she sees what she did wrong and tries to correct stuff, but it really ruined it for me that she became such a bitch.

Though the rest of the book was quite good. I liked how the zombies stayed within their cliques, and when they bit someone that person became one of the clique (including clothes and make-up). Really nice zombie idea.