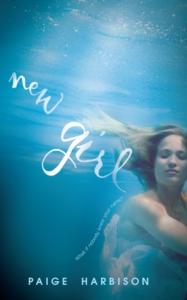 Just one message to all who want to read it, I wouldn’t recommend it to kids under 16, there was quite some sex going on.

And here I was thinking the book was the same as Thorn Abbey, or correction the other way around. But I found out they are both retellings of Rebecca by Daphne du Maurier.

The book itself was great. Our main character gets transferred to an exclusive boarding school, where she wanted to go to when she first read Harry Potter. Apparently her parents never thought she might not want to go to it after the first few rejections, and she didn’t even argue that much or tried to explain she didn’t want to go. Weird, but ok.

Anyways, there is spot free, and she gets that. At her school everyone is acting strange, because she is filling in the spot of one of the most loved/popular girls who disappeared.

She also falls in love with the missing girl her boyfriend, and a lot of things happen. It is a great book. I bought it after I read the ebook version. 🙂