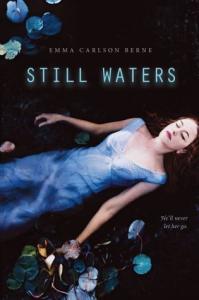 The book started out so lovely, though with some problems.

Our couple likes each other very much. So much the boyfriend has said he loved his girlfriend, she however.. hasn’t done so yet, and feels guilty about it.

Though there is no need to feel guilty, I can somehow imagine why, her boyfriend is waiting patiently, but he would like to hear it too once.

She tricks him by saying she needs to get her wallet, then stuffs his backpack with stuff and says they are leaving. He is at first very happy, but this soon changes when he finds out where they are going. After they get into the house, he starts to relax and they have a fun day. But the next days strange things happen. Colin starts acting strangely, eyes getting glazed over, him not remembering things and he calling her names and also he becomes violent.

In the end he even tried to

Overall it was a great book, I really loved how it went from sweet to evil and scary.

I would recommend it to everyone. 🙂