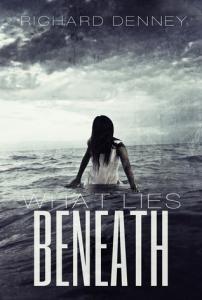 That was quite good. I expected more of a thriller, but I got horror.

I kind of liked the writing style, though sometimes it slightly annoyed me, that the sentences were short and simple.

And though we knew her best friend was a

I don’t like the ending that much, I was so happy that things were done, only to be screwed over again. :\ This means -1 star.

Also the last part seemed quite hurried, like, we have to make an ending (any ending apparently was good enough) and lets do that quickly. also -1 star.