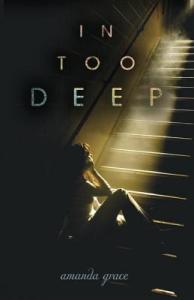 Watch out! Spoilers are all over the place.

I was hesistant to read this book. I am not really into books that feature rape. Luckily I found out this book didn’t feature rape, just a girl accidentally saying yes to people when asked vaguely about something.

Though, really that girl is an idiot. She could have fixed it days ago, fixed it all, but she just let it all come and grow. :\ I feel for Carter, he didn’t do anything (though he is mean and rotten to girls), but no one deserves a rape charge, no one deserves to be accused of such a thing. It will break his whole future, and apparently our lovely lead girl Sam, doesn’t give a damn about it or didn’t think about it.
I liked Sam in the beginning of the book, though ok, there are better ways to get your best friend to love you, and those don’t involve flirting (and potentially having sex) with another dude. Yes that might make him jealous, but also it might make him drop you.
And she should really think about, before saying yes to stuff, I know you are drunk (stupid), but atleast try to focus when people see you step out of a room, all bruised and your top is ripped. But nooo, miss Sam is drunk and totally crushed because Carter just told her she is ugly.

Thank Lord she just told the girls about it, and they are feeling all guilty (good). Though now they are planning just to continue with the whole deal, because, hey, who cares about those rumors when he is off to California in a few days.. and he has had a long time to reign the school as if he is God… People that is not how it works and that is not how you should think. :\

And wow that Dad is like super overprotective, it is just sad and pathetic. Your daughter has everything planned out, and you just rip everything to shreds and don’t even listen or hold an adult conversation over her choices? Like what?

Wow, yippee in the end she confesses to everyone that it wasn’t true, no one got raped. And that she didn’t start the rumor, but that she also didn’t do anything to stop it. She is sorry. Well sorry, is a bit too late girl. If you were honest, you would have gotten to keep Nick, now you have no Nick. Now you have nothing.

I wouldn’t really recommend this book to anyone. Unless you like a character who is quite dumb and annoying.