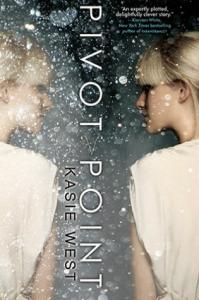 I will be short, it was an interesting book. I really liked that you start out with one story, and then it branches out to 2 stories.

However, while there were enough changes, it felt (around the middle) like I was just reading 2 sides of the same story. A lot of things that happened in branch one, also happened in branch 2. The only things different were a few actions, the guys and some events. But a lot was the same, and that was a shame.

I loved the romance. Trevor was a really cute and swoonworthy guy, while Duke… well I always had the feeling he was just a slimy player who used his powers for bad stuff. :\

Our main character was really good, I really liked her, and how she acted in the 2 branches and also in the normal story line. She was really nice, but also wasn’t easily taken over by things.