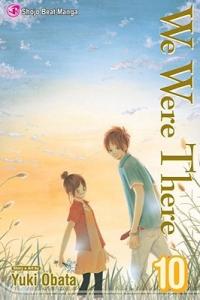 This volume is all about Yano, when he just got in Tokyo.

I already disliked Yuri Yamamoto, because she apparently doesn’t know how to stop, how to get the hint that Yano doesn’t want her. Never. That it was just a mistake back then. But now again, she is here, suddenly and apparently expecting things from Yano. God, that girl is really dense and annoying. Glad Yano finally said something to her, brushed her off. Let’s hope for all that is good, that she will understand it, and that we won’t see her in the story again. :\

Sengenji, is a very cute girl, I really liked her character, atleast she understood that she doesn’t have a chance with Yano, and backs off (for most of the times). Tries to be just friends and even brings her dog around since Yano misses his dog. Though I am glad she said what she said about Yuri, she was totally right. Eventhough it might be not something of her business, still it was brave that she dared to say it, it was really needed.

Aww poor Yano, his mother works so hard, and now she is ill (that she never found out that she was already that far in the stages).

It was a very emotional volume. This series is soooo good.