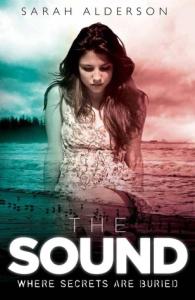 The first and last half of this book would get a 4 out of 5 stars. Sadly the middle part of this book is just plain boring and seems to drag on. :\

I really like the story though, it isn’t really scary or so, it is more of a mystery with mountains of romance and such, than a thriller or horror.

Our main girl is ok, though I never understood how she got the job. She didn’t even know what to do with the kids. Also the parents, while sometimes nice, were (especially Carrie) just mean or a bit weird.

In the end, she was a nanny, but we barely read about her doing actual nanny work. The most we will read is her talking to the little girl and dropping the kids of at their respective places (daycare/camp). The whole nanny part was there just for the whole foreign-nannies-die-at-the-Sound story that was going on.

Other than that, it was a decent book, but I had expected more of this one.

Recommended to those who don’t mind: two-timing girls, romance, some curse-words, and who also don’t mind that a thriller is actually just a light mystery with some hints of scariness.