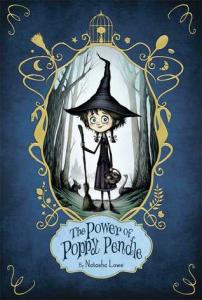 This was an absolutely wonderful magical book.

Maybe that I found Poppy at times a bit annoying, or weak. But that was soon over, especially if you keep reading about her parents.

Oh god those parents. Total disregard to their daughter’s other talents, trying to make her do magic no matter what. I was kind of happy at the ending and what .

This book is really magical, about a girl who is a witch, but actually wants to be a baker, without all the magic and stuff. And how she sees her world, how she bakes the most awesome stuff you can imagine. I had a few times that I even wanted to eat the stuff Poppy made. 🙂

Though the ending was kind of final, I still hope for another book about Poppy’s and of course Charlie’s adventures.