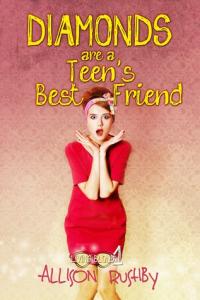 The book started of fun. I really liked Nessa, and also throughout the book I liked her (though I got slightly annoyed with how much she was butting into everything).

Also the ending, God I already predicted that the first time she and a certain somebody were sitting at Holly’s table, and it took until the ending for it to be revealed. Lame!

Also Marc, oh Lord was he an annoying pest. Accusing people, saying rude things and not even try to listen to someone else? Seriously? And also sometimes switching from annoying to romantic? What? He was the only one in the book I wanted to throw off of the ship. :\

In overall, an interesting book, but not for me.

Recommended to those who: like fluff, annoying guy character, overactive imaginations, predicable endings.