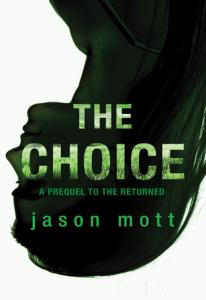 This wasn’t my favourite book from this prequel series. It was just at times too not real.

For example, 17 year old Tracy comes back from the dead. No one, absolutely no one cares to tell her that her sweetheart is now married. Also apparently she doesn’t even notice it when he gets there with his WIFE. I mean, it is 18 years later, he is older, he has a woman next to him, what did she think? Her mind was pretty one track, Peter Peter Peter. rolls eyes

Also the sudden affair thing with Peter’s wife was just bleh. Suddenly the wife is having an affair?? Wait where did that come from?

I did like the ending though, though I feel maybe instead of swooping up his wife and kissing her, maybe explaining to Tracy a bit more would be handy.