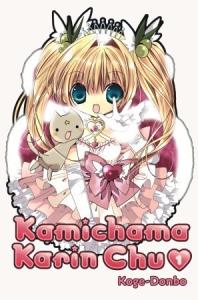 I read and saw the manga and anime a few years ago, and decided it would be a good idea to start again.
Since I still can remember most of the first manga, I decided to go for the second manga first.

And what a trip it was. Karin-chan was so adorable and she has her own harem of men again. Kazune is of course also around and I love their interaction, how the go from love love to hate and kyaaa.

We got new transformations in this manga, and also new antagonists. I am quite curious as to how it will unfold and how everything will go. I would say more, but since this is the second manga, I might spoil quite a bit, and I don’t want that to happen.

So I will just say, read this series and of course the previous one.