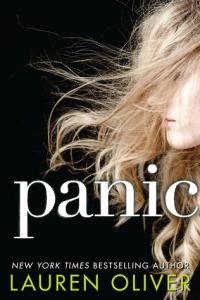 Short Review so I can at least say my thoughts on this book.
What I liked:
1. The game, at least at the beginning I loved the game, it was an interesting idea. But eventually I started thinking people are just damn crazy to participate in a game that might eventually kill you.
2. How the game was played was well written, so much that I wanted to continue reading and know more. Also how the game worked and the history of it was very interesting to me.
3. The fact that someone had tigers on their farm. o.0

What I didn’t like:
1. We have 2 POVs, while actually there are 4 people. And all of the get quite a bit of time. So I think the book was better written if it just had 4 POVs, or just kept to those 2 and stopped making the other 2’s side roles so big.
2. Again the game, and how dangerous is. I cannot for life understand how there haven’t been more people who died. The challenges were just crazy and at times messed up.
3. The Main characters and also their friends. Dear Lord, what a bunch that was. At times I liked them, but at other times I just wanted to scream at how stupid and idiotic they were.

In overall a decent book, but I expected more.