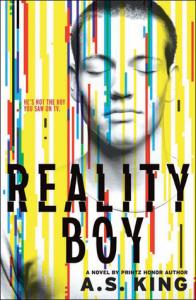 The blurb sounded quite awesome and made me want to read the book… sadly it didn’t turn out that awesome.

1. Too much cursing, I don’t mind a few words here and there, but the shits and fucks and other words just flew around in overdoses. I just got tired of it pretty soon. I can imagine it might fit with this situation, but sorry, no. It does not.
2. Then we have Joe and how he curses is just annoying (and again overkill). He curses like this: $%#*. What is this, a cartoon? A comic?
3. Nanny and her bett-ah, proh-gress, behay-vah, all in italicized format, which after a few parts just annoyed me way too much. It just kicked me out of the story, and I really hate it when that kind of stuff happens.
4. Hannah, ugh, I really didn’t like her. There were just too many things wrong with her and Gerald’s relationship.

And I could continue with things that I didn’t like. Gerald would be good starter, Tasha also. I still don’t understand why no one took action against Tasha, there is so much proof, so much said, and yet she just stayed at home, got treated like a princess, while her brother and sister got nothing, or were treated as retards or other things.
Now she is living with them, and no one, NO ONE does anything about her living in the basement and having sex on well more than a daily basis while making the most extraordinary sounds that annoy everyone. Sorry but come on, just get some balls and kick the girl out. That might have saved a lot of problems.

Now Gerald, I felt sorry for him at the beginning, but later on I just got annoyed by his attitude, be it as kid, be it as teenager. His pessimistic view on everything just got me an headache and I really really didn’t like the book any more. Also the fact that he is just dangerous (wanting to hit people, losing control, making holes in a wall). And there are various other stuff I just didn’t like about him.

Then we got Mom, and also Dad. Wow worse parents probably will exist, but they still got a high place in my book in worst parents ever. I mean, Mom knows darn well what goes on, and doesn’t care. She doesn’t love her 2 other kids and doesn’t even try her best to love them.
Then we have Dad, who… well needs to grow some balls. I am sorry, but if he just had left Mom ages ago, took Lisi and Gerald, I am sure everything would have been better. But instead, they stay together, fight over all kinds of things, and in short just don’t do much.

So yeah, I would rant more, but I think what I said is enough. I would NOT recommend this book to anyone.