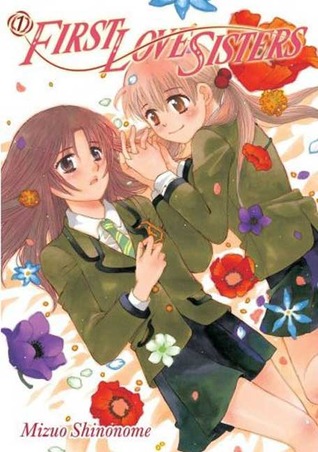 I heard a lot of people saying this was a great manga, and I have to agree with them.

It all starts when Chika goes to an orientation day at a school she is interested in. There she meets Haruna, who gives her a tour. Several things happen and at the end Chika promises she will get in the school and see Haruna again.

And she gets in! Sadly, Haruna isn’t who is was, she is sad and something terrible seems to have happened.

I really liked the characters. Though I found Chika a bit young at times, especially if you compare her to the other characters. Chika acted quite immature at times, cried a lot and just didn’t seem to do much with school (she had reasons, but even when those reasons fade, you see she needs help with keeping it up). Which is a shame.
Haruna, well she was really an interesting character. She was gorgeous and I wanted to know what happened to her that made her drop school/clubs and various other things.

All in all, it wasn’t really much yuri, a lot of just hints of shoujo-ai.

I loved Chika’s friend btw, she was really supportive with Chika, and tried her best to cheer her up when she needed it.

I had one character though, that I absolutely disliked. The class president/representative. She was a total (sorry for my language) bitch and acted out of line various times. There are some hints as to why, but it is all too vague.

Well I hope book 2 will be as nice as this one, and I hope less annoying characters, and of course some sweet romance between Chika and Haruna!