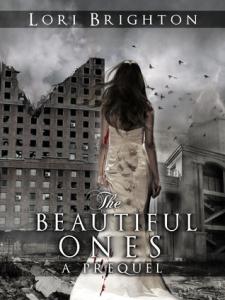 I am still not sure what to think of this, it was mostly quite confusing.

What happened to the world? Why are there vampires (or blood-sucking creatures), why are people in compounds, why? Why?
The book also reminded me quite a lot of The Farm by Emily Mckay (the compounds/feeding/escaping part) and of the blurb of A Shade of Vampire (the whole females (but in this one also males) who get selected/taken away from everyone to be eaten). Which is a bit of a shame. 🙁

Other than that, Jane was a so-so character, I liked her at times, but some times I just wanted to smack her for what she does. She seems to have a big problem with listening to people, even to people who want to save her life. Other than that, I liked that she loved to read, even in a world where it seems books about topics other than Agriculture and such are hard to be found.

Thanatos was a mysterious character, I kind of liked him, he was different from his fellow vampires/blood suckers. I would still like to know why he saved her exactly. He mentions something, but I can’t believe that is the only reason. Why would you save food? Why not eat her?

I probably will try out the next book, since I am curious about the world, what happened to it. But also want to know how Jane will fight. Maybe it is better to phrase it as this: Will she fight?