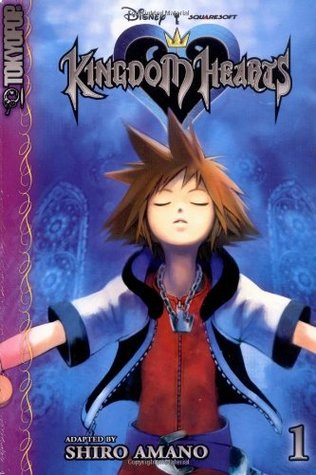 I decided to re-read this series (or at least the volumes I had at home (yeah for Tokyopop for failing and dropping out)).

This manga basically follows the game story, just adds a few extra things, but nothing really more, so while I don’t mind seeing the same things again, I can imagine for those that played the games multiple times, that it will get a bit boring.

I loved the characters, it was so nice to see Sora, Donald, Goofy and a whole lot of other characters again.

The art was a bit strange at times, especially facial expressions were a bit overdone.

Also I wonder why Tokyopop decided to reverse the reading order of the manga, that was really weird.