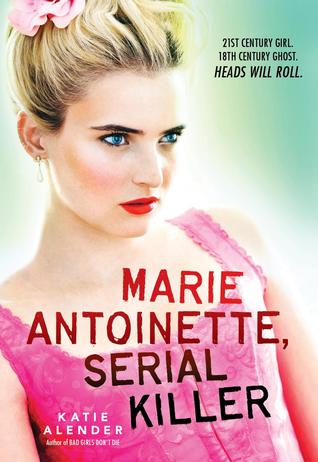 1 star for the epic murder parts. Half a star for France/Paris.

My God, this book was boring and urgh. I expected a mystery book, a book filled with ghosts, paranormal activities and murders. I got: A bunch of rich bitches (sorry for the language) and one not so rich bitch and how they walk around Paris and have “fun”. Or one of the mean girls and how she gets on with Jules or tries to do some hunting around for family stuff. The ghost is only mentioned a few times. There is barely any mystery and well all in all the plot was just silly and laughable.

None of the characters, but Audrey, were good. Hannah was one of the reasons I just wanted to kick the book away. She was a total snob, mean and manipulating and she was throwing around her wealth. Pilar was so-so. Also rich and also a snob, but less.
Then we have Colette, dear Lord, that girl was horrible. The writer seems to have given her some redeeming qualities but that didn’t make me like Colette. She was a hopeless girl, quite mean at times and not seeing the people who care about her. She only will do something nice if the other person did something nice too. She was constantly whining about things and I wish she would stand up and just say no to her “friends” and find better friends. Also wish she would just be honest and tell everyone about her family, that she just can’t buy things that easily. Only at the ending did she get a bit more awesome, but sorry by then it is too late.

Also one thing I was wondering about, these girls follow French classes? I am sure they have been following those for years, and they can barely peak one word of French? Only Audrey seemed to be doing her best and try to at least speak French.
Also magically Colette can speak French later on, while she didn’t even know the basic words at first. Wait what? Magical language translation chip or something?

Also funny that the queen at the end can speak English. I am sure otherwise it would have been too confusing and too much French, but come on. That just made me laugh. And then they just continued in English… Really, again, it made me laugh, during a scene that probably wasn’t meant for laughing. Oh and they went back to French again… rolls eyes Come on, be a bit more consistent. Ah, Pilar said that they were talking in French the whole time? Which makes it even sillier since some parts are in English, then in French, while actually they have been chatting in French the whole time???

Would I recommend this book? No. Unless you don’t mind magical French, mean girls (with magical redeeming qualities), and a boring plot.