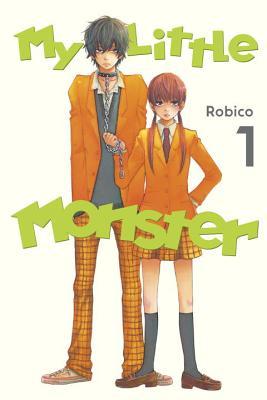 I watched this anime back when it aired, and I was all sad when the show ended quite soon.

But there was much rejoicing when I found out that the manga will be getting an official English release!!!!

This manga is just wonderful, silly, lovely and more. The anime really did its best though, the manga is pretty much the same as the anime. Same silly situations between the characters (especially Haru and Shizuku).

I absolutely love Shizuku and Haru, they go so well together, though it took them some time to get used to each other. Haru is more outgoing, and his temper is really too much at times, while Shizuku is silent and doesn’t care for much things but studying. But that changes. Both of them go through changes, Shizuku makes friends and learns to drop the whole I need to study now attitude, while Haru learns to control himself (well kind of) and also learns to make friends.

I also loved the side-characters, they really make everything more colourful and fun.

I would really recommend this manga to everyone. You like romance? Slice of Life? Comedy? Silly Situations? Then this is your kind of manga. 🙂