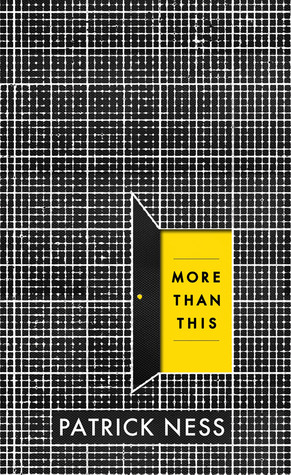 This book consists of 4 parts, each part is a little bit closer to the truth, what really happened to Seth, what happened to his world, and where he is.

Part 1 is mainly about him and his wonderment in this new world where he ended up due to drowning.Part 2 is about the people he meets in the desolate world and also to find out the truth. What happened.Part 3 is all about the truth.Part 4 is the ending, and my it was kind of bleh. I had expected something grand after this whole book, but it seems it was not going to happen.From all those, I loved part 1 more. It was mysterious, and I was all the more curious about Seth and why and how he ended up there. We know he drowned, but was it suicide? Was it an accident? And how did he wind up there? I didn’t particularly like Part 2 because it introduced 2 new characters and also an antagonist. I didn’t really liked Tommy and how he acted, his English was horrible at times, at other times better and I thought he didn’t fit this world. Seth, was an interesting character. Many things in his life didn’t go well. He feels guilty about an event (and at times in the book I was trying to shout to him that it wasn’t his fault) and slowly we find out more about his life through his “dreams”. He is a really strong character, though I also felt sad for him, for having landed in such a place.I won’t spoil much about the setting of the book, since this is all mystery and you will just have to find out what happened to the world and where Seth is. Let’s just say it was an awesome thing, I had suspicions, but it took a bit, there were hints scattered here and there.The ending, meh, I didn’t enjoy it. Like I said earlier, I expected something grand and awesome, now it felt like I was tricked. Went through 450+ pages hoping for some conclusion, to find it ends in as much mystery as the first pages were.One thing was this: It felt a bit too long winded at times. I think the book could easily be a bit shorter and still have the most important stuff still intact. I would still recommend the book, at least the first part. 🙂