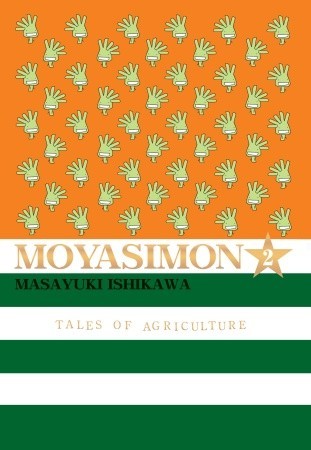 Review for the first two volumes.

I have watched the Moyashimon anime (both the first and second season) some time ago. And while browsing a book market I came upon the second volume. So I decided to read the manga.
However, I won’t be able to read further then book 2. Del Rey stopped this one after book 2, and no one else has the volumes. 🙁
Here is to hoping Kodansha or Yen Press will re-license it and release it again.

The manga was really fun, I loved seeing Tadayasu talk to the microbes/germs, he had whole conversations with those little guys and girls, and everyone around him was staring at him like he was crazy. He is a great guy however, and I am glad for him that he finds people he can trust, people who won’t use him because of his ability.

The university life at agricultural university seems like hell at times. Sticking your hand up a cow, battles that take 3 days, newbie initiations, various seminars, a crazy professor, his crazy and always poor friends. Add to that mix the microbes and chaos is complete.

I did love the side characters. Tadayasu on his on is fun, but I think it would be very bland to only have him around, so it is good that they added a whole slew of characters. However there are times that it is not exactly clear who the main character is at that point.

I loved how everything is explained, you will learn quite a bit about fermentation and about microbes in a fun way that is not boring.

One thing I didn’t like, but I think that is Del Rey, and otherwise this also applies to the Japanese one. There was way too much information in the side margins. They kept repeating character info, blurb and some other things. It just got annoying and I was literally saying things like: Yeah I know who is who, and yeah I know what the blurb is about. I feel like it was better if that part was just removed. The only thing I liked in the side margins were the microbes information, which was really fun and I learned quite a bit about them.

All in all, I would recommend the manga, however, since the manga stops at 2 in English, I would also recommend the anime (be warned though, the second season looks utterly bleh in character design).

And a little something extra: Microbes!