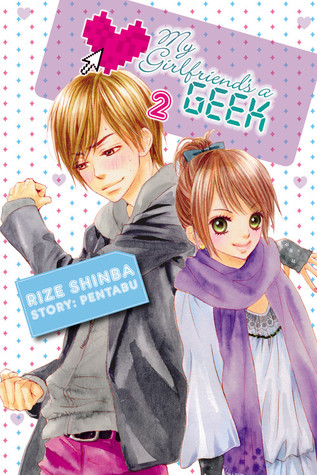 Let’s just say that I don’t want to read this series any more.

I liked the premise, guy meets beautiful girl, finds out she is otaku/fujoshi and doesn’t mind (at least first glance, and mostly because he doesn’t know).

The main girl, urgh, I am sorry to say but she doesn’t give Fujoshi a good image. She is a total bitch, pushing her own boyfriend into scenarios with other guys (who does that?), making jokes about him, make him come with her to BL stores or cafes, calling him not by his name, but by the name Sebas/Sebastian and so the list goes on. I am sorry, but she is one of the most unlikeable characters and she will go on the list together with some other not-liked characters.

I wouldn’t recommend this series to anyone, unless they don’t mind being frustrated by some girl who thinks the world turns around her and her BL stuff.