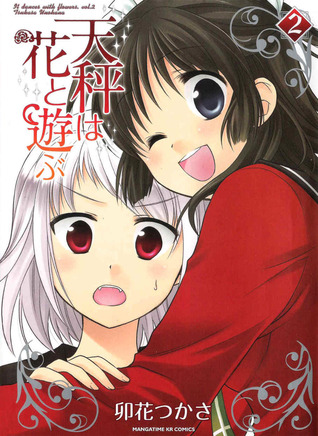 I am disappointed in the ending of this series.

The series would have gotten a 5 star rating overall, if Misora-chan was just an ordinary girl, and not the new damned love interest. I wouldn’t mind it much if the series was 5 or so volumes. But in a short (2 volumes) series, adding a love interest at the end? No. Just no. That time could have been spend better on developing the relationship between Shuu and Youko. Now that fell pretty much short.

Add to that that Misora-chan was a super annoying little girl, I didn’t like her in the beginning, and after she became the interest and found out about Shuu’s secret and all, she became more annoying and I just wanted to skip through parts.

I loved Shuu, I loved Youko, and I loved how their relationship evolved and grew. It was lovely and I was just cheering for them both. Shuu could use some spark in her life, and Youko with her unlimited energy can provide just that. 🙂

The setting (boarding school/vampires) is one that I really love, I just wish this series was longer, now I was through it pretty fast, while I still had some questions, some things were unclear.

All in all though, it was a good series and I would recommend it.