I was planning on reading the Murder Complex, and when I saw this prequel I just had to read it. Short and easy way for me to test if I will like the first book. 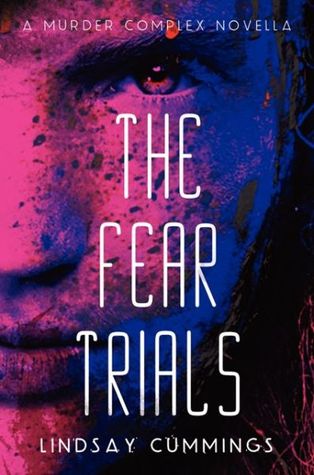 Did I like it? No. Really no. If anything, I am glad this one was short and over soon.

The characters were horrendous. I disliked the dad, the brother, the mother, the friend she made, and to top it off, the main character was horrendous as well. My Gosh. Really urgh.

There is some sort of backstory as to why there is a perimeter, there are various stuff about things in people body that makes sure they live/don’t die easily. But other than that, there are enough parts that made me go: “Wait what??????” or “Why????”.

I disliked the main character. I just couldn’t empathize with her, if anything I just wanted to shake her a bit to see if she would get some sense back. She is really annoying, weak, whiny and more.

The dad, urgh, I really disliked him and how he treated his wife and his children. I can imagine you want to toughen them up, but come on, stabbing them? Making them throw daggers at their sisters/brothers? Kicking their asses? o.0

I disliked the brother as well. He was also weird, sure he is pushed by his dad, but I found it weird he could easily break his sisters bones and hurt her, while he can’t do the same thing to a stranger and thus was rejected for some kind of job. Does he hate his sister so much? Or is he just so brainwashed by that dad.

I also found it a bit weird that we had one character that was… well totally useless. That little sister of our main character. I felt she was just added so certain events could unfold, and to add some sort of overprotectiveness or some kind of why she does things to the main character.

All in all, I won’t be reading the Murder Complex.