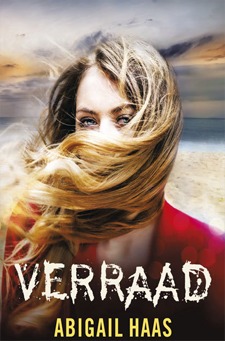 Will try to keep this one without spoilers, and if there are spoilers I will hide them under the tag. Don’t worry, I won’t spoil anything important.

(Also I read this one in Dutch, so I am not sure if all the names are correct, so keep that in mind.)

This book was in one word: What? And in more words: What the actual hell?????

Anna is a very very interesting character, at times she is violent, at times she is nice, at times she is sad, you never know which side is real, is she what everyone in the media is describing or is she something else? I really liked puzzling the pieces together, to get an image of Anna, which, I can honestly say was hard at times.
I can say this, I didn’t like Anna for a big part, I felt like she was lying about something or withholding information. At other times I felt her desperateness, her sadness and I was just hoping the trial would be over and done and everything would be right again.

I didn’t like most of the other characters. Tate was just a big slimy weasel, Melanie just a sad girl who feels overly attached to Elise and Elise? I think she was at times nice, but also too busy with getting sex, drinking and doing drugs.
I absolutely disliked Dekker. I felt like he went too far, was too much and did too much. He was just a prick, asking questions like that, hiding evidence. At times I just wanted to close the book, because I was so annoyed with how he acted.

Things I liked? I loved the plot, the setting, the flashbacks, the whole background, and while I disliked the characters, they fitted the story perfectly and made it even more exciting to find out what happened that fateful day.

The court part and also the prison part were intriguing, it was really interesting to see how they were done. Especially the whole court part. I have no experience with these things, but I felt like the author did a good job on describing the process, the things surrounding it. At times I felt like I was there, watching everything unfold.

All in all, a terrific book. I would really recommend this to everyone. Be warned though, it might frustrate you at times.

And something extra: A gif that fitted with how I felt at the ending: