While June was really empty of pre-orders, I bought enough to compensate for that. 🙂 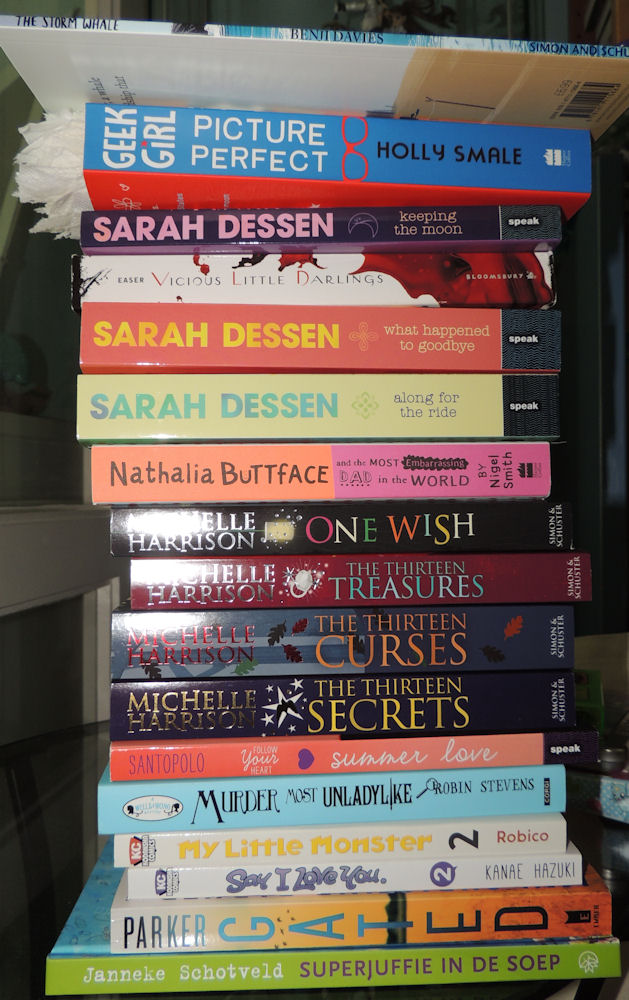 Keeping the Moon by Sarah Dessen

What Happened to Goodbye by Sarah Dessen

Along for the Ride by Sarah Dessen

One Wish by Michelle Harrison

Murder Most Unladylike by Robin Stevens

My Little Monster 2 by Robico

Say I Love You Vol 2 by Kanae Hazuki

As you can see, I bought quite a lot of new books. Most I have read, but some (like the Thirteen series, or the Summer Love book) I haven’t read, I am waiting for my vacation to begin to start them. 🙂

And July will bring forth a lot of pre-orders, but also some non-pre-orders (already bought a few). 🙂