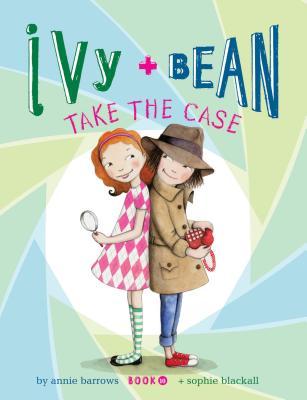 I haven’t read any of the earlier Ivy and Bean books, but after this one, I am also not planning to read them. This was a nice book, but that ending, those characters.. Just not my kind of thing.First of all the characters.Bean was highly annoying. I also wonder about those parents, your kid is saying all kinds of things from a movie (some not that nice) and pretends to be like that guy and you don’t do much about it? Just let it go? Also Bean was quite easily influenced. She saw one movie and just wanted to do everything that was done in the movie. Totally changing her personality and all that. Her friends, or should I say, the ones that surround her? Urgh, they are pretty mean towards Bean, I at times felt sorry for Bean I just wish she would have kicked their buts or at least said something about it.The mystery was fun, though the ending ruined it. What is up with that ending? Sorry, but that is -1 star for your book. I was so looking forward to the mystery being solved, finding out who the culprit was, and it just ends.. nothing is revealed. Unless I missed something.All in all, interesting book, but I won’t continue or read the older books.