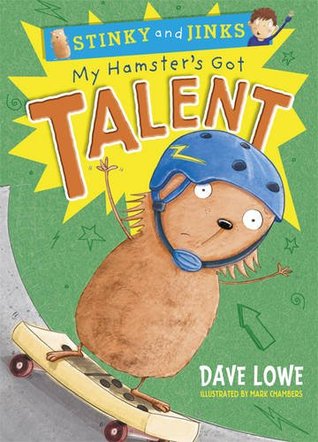 Benjamin is an idiot, seriously. Even for his age. Then we have that hamster, the one reason I wanted to read the book, and it turns out he is a total prick/mean and condescending, I absolutely hated that hamster and how he thought he was sooooo awesome/soooo smart/soooo much better than whoever in the world. It just got annoying and I just wished for a change, like this being a joke and the hamster turns out actually be very cute. Sadly this doesn’t happen.

I did like the talent show, though I am sad that it went this way. But I guess it was expected that something would happen.

Also one illustration was a bit off, were Ben is skating and it is clearly mentioned he is wearing a helmet, yet in the illustration he is not wearing anything.

Luckily it was a short book so I got through it quite fast.