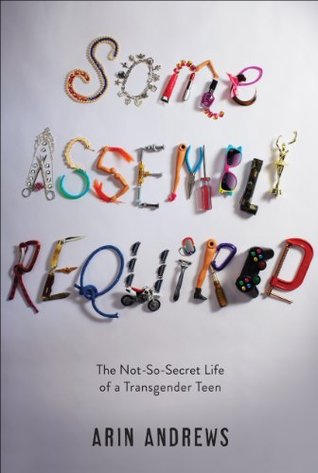 Review is about the ARC.

When I read this blurb I just knew I had to read the book. It is a topic I am interested in and it also makes me happy that this book is based on someone real, not a fictional book.

It was a really powerful and at times very sad book. Arin is a very brave individual, going through so much, fighting for so much. I loved how he helped others, how he replied to every message he got.

It was really interesting that the book started with an event that happened in High School and that after that we learned all about Arin, or Emerald as he was known back then. We learn about his feelings, his relationships, his parents, his family. We see him struggle, and we also see his mom struggle to accept the fact her daughter is transgender. I do love how his mom accepted it and then supported Arin, helped him with everything.

There was also the whole bible belt/religion part that came up quite often, how it was difficult at school, how people reacted, how people acted. I found it all very interesting.

I didn’t like Katie, never did. I just felt something was off, and in the end I was right when she broke up with Arin (and for that reason….).

There was only one thing I didn’t like. Several photographs weren’t included/missing, with a caption that they will be added later. I think this is a shame. Since I am not going to re-read a whole book for some pictures and thus will miss something. That is also the reason I am giving the book a 4 star, instead of a 5 star rating.

All in all a great book and I would really recommend it.