I am disappointed, I expected some great urban legends/horror stories. However, it fell short. 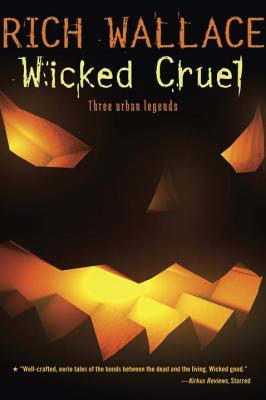 What I liked:
-The creepiness, there was plenty of creepiness and horror stuff happening.
-The Urban Legend.

What I didn’t like:
-The ending. Oh My Gosh, it sucked. It ends like that? Easy as that? We will never find out more? Urgh.
-The characters, while Jordan didn’t exactly do much to Lorne he still participated in the bullying, pushing Lorne away when they were doing things. That made the character quite unlikeable for me. I was just hoping he would get eaten/killed by the ghost.
-Lorne. Sure, he is beaten, and there is no excuse to kick/beat up someone, but come one, that kid was just literally asking for it. Someone is nice, he does something mean, someone did something, he throws rocks at them? What did he expect, oh dear, no one will get revenge? rolls eyes There is a side to everything, and I think Lorne and the bullies (the school) are both guilty.

All in all, I would give this story 2 stars.

Next we have the horses part:

What I liked:
The Urban Legend…. well I say that, but I still have no clue exactly what it was, it is mentioned a few times in the story, but nothing grand is done with it.

What I didn’t like:
-The characters (especially Claudine).
-The story, it was soooooo boring, not at all creepy.
-The length, I feel it would have been better had the story been shorter by half. Maybe then I would have enjoyed it, instead of trying to get through it and trying not the fall asleep.

In total I would give this story 1 star.

Then the last story:

What I liked:
-The Haunted House/Barn.
-The Urban Legend behind it.
-The fact we saw some flashbacks to when everything happened.

What I didn’t like:
-Again, I felt like it would have been better had it been shorter.
-That ending.. Urgh.

All in all, this was the best story, 3 stars.

And I so don’t agree with that last sentence on the blurb: “Creepy and perfect for Halloween, these stories are sure to delight anyone looking for a good spine-tingler.”

snortLike not. Spine tingling? Sure, a tiny bit, but I have read scarier books that are way better suited for Halloween. I wouldn’t read this during Halloween, since I don’t want to fall asleep.

I would rate this book 2 stars. Since overall the enjoyment was low and there was practically no spine-tingling stuff (except for story 1, but even that got old).