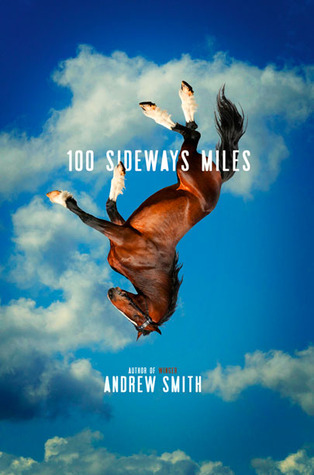 And what a story it was, though maybe to say it was a story is incorrect. It is more about the life of a boy. An epileptic boy with a back full of scars, a boy interested in maths, a boy who counts everything in miles.

Finn was a really great character, he was interesting and he kept the reader interested in his story, his life and his pain. Because pain he has. His mother was killed and he was almost killed when a horse (yes a horse!) fell on top of them back when he was little. Due to that he has scars, he has epileptic attacks and add to that he is quite awkward with things.
I loved to see him grow, living with his friends, getting ready to leave school, finding a girlfriend, living with his attacks.
I laughed a lot during things that happened (like the condom buying thing), but also cried (during his epileptic attacks).

Then we have Cade, I am still not entirely sure if I like him or not. He is crude, rude, and at times I am wondering how Finn got a friend like him. But then you read further, find out about them and you notice they are the perfect friends. They take care of each other. And you see a good side to Cade as well.

Next to that we also have a story that his dad wrote, which has parallels with how Finn looks (which caused some hilarious scenes with people who thought he was that character, and thus was a cannibal angel).

I loved the romance between Finn and Julia, and I was soo happy with the ending they got.

All in all, this book is really awkward, totally random, but absolutely captivated and I would recommend this book to everyone. I can’t wait until the paperback comes out, because I just want this book!