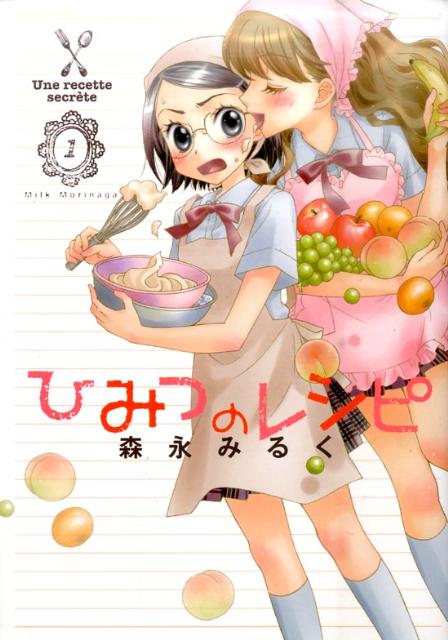 Review for the complete series (Vol.1 and Vol.2).

This was a cute manga, but a bit short and there were various things I didn’t always like. The first volume is mostly about introductions, the romance, the relationship between Yuuko and Chihiro. Mostly the romance or actually the stalking comes from Chihiro’s side. But in the second volume we see a shift. Now Yuuko is also thinking of Chihiro, slowly accepting things from her. The second volume also focusses on Yuuko’s studying (she is after all 3rd year) and her entrance exams.

In overall I really liked the series, however Chihiro was just annoying, especially in the first books. I didn’t like how she acted and how she did things. Maybe if she had done things differently Yuuko would have fallen for her faster, or at least without all the drama. I still don’t see how she got to join the club, since she was pretty horrendous with cooking.

Yuuko was cute, but I felt she was a bit too uptight, and too busy with things to have actual fun.

The whole romance thing? It fell a bit short, there are some kisses, some things happening, but nothing really much. I had expected more, we have so much drama, so much things happening between those two, yet I miss the actual spark, the actual kisses. The manga is said to be 18+, but with the exception of a few small scenes, nothing happened. I would deem it more 16+.

Also, one thing I didn’t like was the fact the characters look really young. I expected them to be around 13/14, maybe 15 max, but in reality Chihiro was around 16, and Yuuko around 18.

Other than that, the art looked really nice.

All in all, I would recommend this manga, it was fun to read.