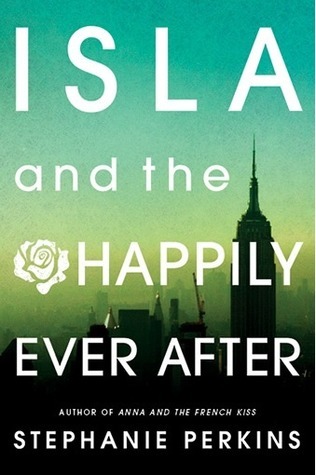 Let’s just start with: I loved the other books, they were romantic, sweet and beautiful. This one, however, was not.

I enjoyed it quite a bit, there were a lot of funny parts, however I didn’t like the relationship of Josh and Isla. It was so unrealistic, so strange. I mean, come on, they have been in a relationship for a month, and they act like they are married, have sex, do stuff they are not supposed to do and so much more . I just didn’t feel like it was real, just all fake. In the other books the romance was done better, more realistically and more fitting. Josh and Isla didn’t feel like they fitted together. I think it would have been better if the relationship was longer, like 6 months, that would make it more believable than a big portion of the book about a 1 month relationship. It is a real shame, I was looking forward to this one, especially since I loved the previous ones.

And I got a bit tired of their over-sexuality. They kissed everywhere, no matter how inappropriate or strange. It was just awkward.

Isla is only a so-so character, I felt like she was a bit too attached to Josh, neglecting other things (friends, family and most importantly, studying). I didn’t like how she was just stalking him everywhere ever since Freshman, how desperate are you? Seriously? At times I felt Isla was devoid of character, or that her character was just: JOSH JOSH JOSH OMG JOSH, and nothing else.

And they are such drama-queens, the both of them. Oh boohoo I did something wrong, and now I have to be separated from my ONE TRUE LOVE (whom you have only been with for a month, so wow). sniffle sniffleNope. Sorry, but the whining at the end, just turned me off so much. They both act like complete idiots, and all because they have to be separated. Girl (and also boy), that is how life is, you can’t be with each other 24/7/365. And besides you did something wrong, what did you expect? Oh teehehehe you ran away to another f-ing country and nothing will happen? No, especially with Josh his history and detentions, you could have expected this.

It was just sooo pathetic to see them act like this. Josh desparate and strange (why would anyone in their right minds sent drawn pages about your life which includes sex with ex-girlfriends, to a girlfriend. And then think it is ok…. What?????? No)

Then we have Kurt, who I am sure is around 17 years old. You don’t sleep in one bed with your male-friend. Just no. Not at that age. You can do that when you are 10 or so, but not when you are that age. And Isla was just an idiot. Why would you think people think you are having a relationship with Kurt. Maybe because he spends every waking hour with you and even sleeps in your f-ing bed???? rolls eys I also didn’t like Kurt that much, I found him mostly annoying and I often thought he was more of a puppy than a human boy.

Hattie was just Hattie, I really hated her guts and all that she did. Even with everything that happened near the ending, I still can’t and won’t like her.

I was happy to see characters from the other books back, hear that they are doing fine and are happy. And that ending, with Anna and St. Clair, ah swoons. It was just perfect. So happy to see that happen.

Would I recommend this book? No. However, I would recommend you all pop to page 347 (of the paperback) and swoon over St. Clair and Anna’s wonderful scene of romance. And maybe read the few pages before that as well since that contains some Lola + Cricket. <3