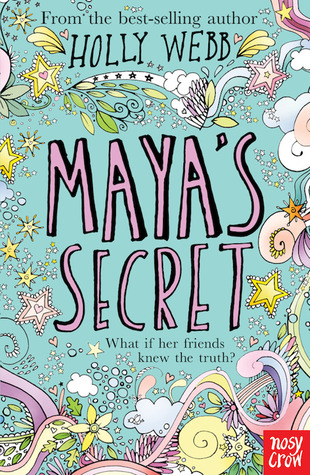 Wow, I hated Maya. Dear lord that kid was annoying. And the whole book wasn’t that good either. Sure, I expected some of that let’s save the world, but instead most of the book was about it and it came over really pedantic. I just got annoyed at her and how she was pushing her stuff to people (especially her mom), I really hate it when people do that. Sure, you can tell me about your problems and the world’s problems, BUT don’t expect me to fix my habits or expect me to change just because YOU say so. NO. Just NO.

Oh boohoo *sniffle cry boohoo* my swimming pool is heated, oh boohoo chlorine. *rolls eyes* But I LOVE the pool, but it is BAD, Oh No what to do???? *urgh…*

And she felt soooo guilty because she was wearing “bad” stuff. God Girl, really? You didn’t know that, so why are you feeling guilty. You can’t save the world on your own you know?

And why does she care so much that her friends don’t know about her parents? Sure your mom is a big shot celebrity, but if they are truly your friends they wouldn’t care about such things. So just bring them home. And stop trying to hide whatever your mom or dad does.

Luckily quite a bit of the book is about that fashion show, and thank lord, while there still was still preaching it wasn’t that much. Though we got enough other drama.. *sighs*

And in the end, that secret, that was such a big deal? Was barely touched upon, and in the end turned out to be worth nothing, because they were her friends and they didn’t care (well sure they squealed, but they didn’t think any different of Maya). So that was just blergh.

Didn’t particularly like it that they had to get in Maya’s mum because of publicity and such not working. It felt a bit stupid and off. Like those kids couldn’t do it by themselves. Though it was kind of expected, since of course they had to have the secret come out.

I also hated Ali and her attitude. Mostly you don’t see much of her, but during the end she turned up to be quite a big bitch.

Would I recommend this book? No. Unless you don’t mind being preached about environment and that kind of stuff. It felt like this book was just a promotional folder about ethical/fair trade/environment stuff.