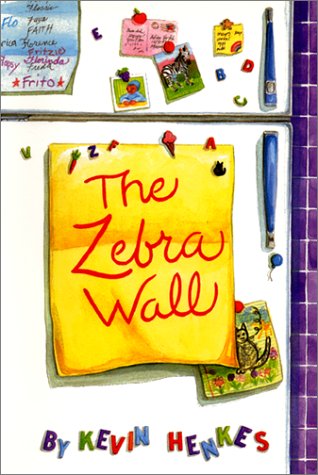 The characters, urgh, I didn’t like any of them. Adine was just an annoying, whiny little kid. Irene (even at the end with what she did) was just blergh and I hated her and how she did things. The parents are bleh. The sisters? I just kept being confused as to who was who. Then we had a cat, which also confused stuff.

You can also clearly see the age of this book. Parents smoking near their kids? Near a baby? An aunt who just smokes brown cigarettes a lot and doesn’t care if people are bothered? (Until of course there is a magical sign, then she apparently gets it.) Sure, there are parents who smoke nowadays too, but you mostly won’t read about it in the book.

The name thing? Poor baby, being called Baby for several months until someone finally decided on a name.

The story? Well what story? There is not much story, and I was pretty bored at times.

The one thing I did like was that they made a new mural/wall for each baby, with objects/stuff that started with the first letter of their name.

All in all, I wouldn’t recommend this one.