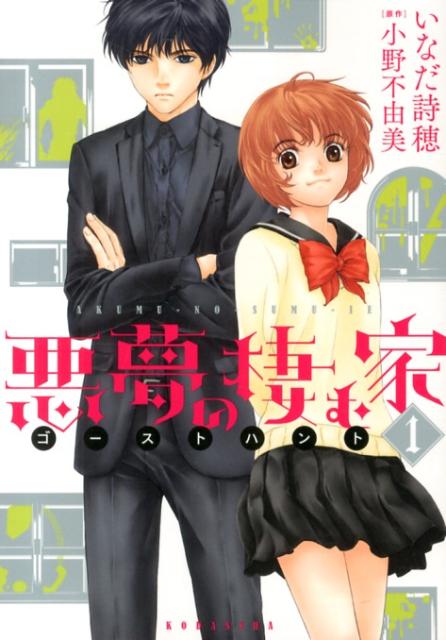 I loved Ghost Hunt the manga, and I was delighted to see a new manga appear, this time in future and seemingly also only about one kind of case. Unlike the manga which featured several cases.

This time they are investigating a house where a mother and her daughter lives, the house is apparently haunted, but by what? Or who?

The first volume mostly focusses on what the mystery is and if it is paranormal or not. The second one delves deeper in the mystery and we find out some shocking things.

It is also (just like the first manga) highly creepy at times. Dark ghouls, men with hatchets and various other things. I am glad I wasn’t reading this while it was dark out. *shivers*

However, there are two things I didn’t like. Hirota-san, who is all sceptic and annoying. I really hated him and his attitude. People are trying to help others out and you are just dissing them and calling the murderers and such.

The lengthy descriptions (because they had to explain things to Hirota-san) were also a point that I didn’t like. Especially if you read the previous manga, you already know most of the things explained and it can turn in something boring and tedious.

The manga is still ongoing and I will be waiting for the next volumes/chapters to pop up. I really want to know what happened in that house and why no one knows about all the things that took place (there must be newspaper articles?).

I would really recommend this manga, however, be sure to read the first manga first (or the novel, but that one is impossible to find).