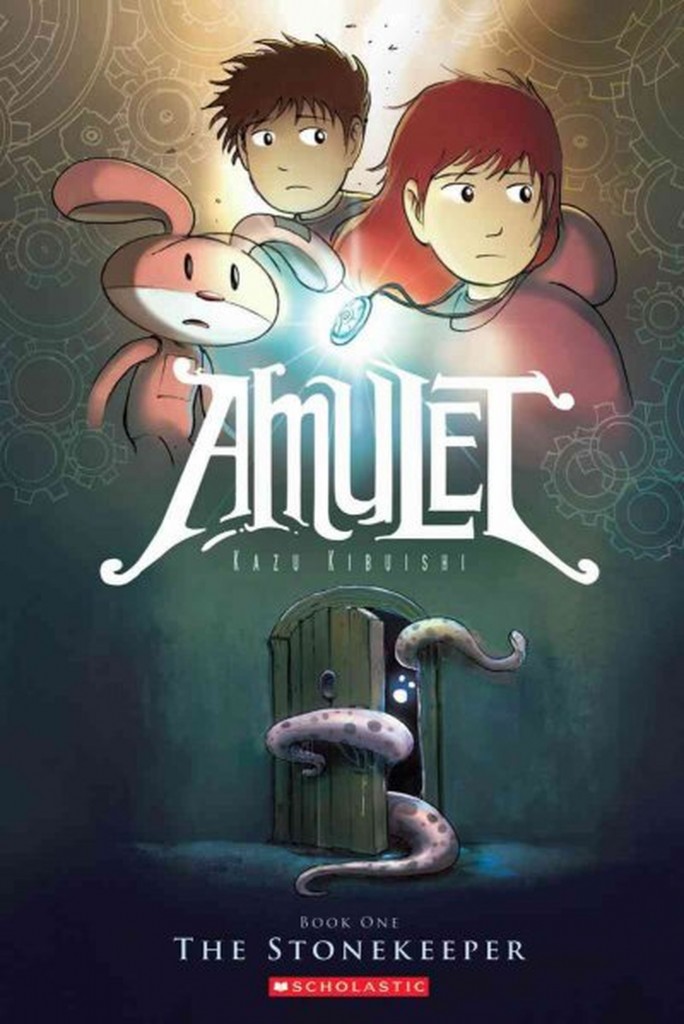 I am in a bit of a graphic novel/comic mood, so I decided to check this one out. I saw quite a few people loved it and I was interested in it.

However, I am kind of disappointed. I felt the story progressed too fast, too much. At times I was wondering, I have no clue who Emily really is, who her family is. We just get thrown head first in a confusing world of confusing critters, magics and more.
I felt like I was on a highway in a car that was driving too fast and taking as many turns as possible and not let me relax and take in the sights.

One moment we would be seeing the death of a character, the next they are moving and bang before we get accustomed to the new setting, we get thrown into a fantasy world… No thank you.

So for characters, I am not sure what I feel about them. They felt flat (and not only in personality, but art will come later) and boring. At times I hated Emily, at how she acted, how she acted towards her brother, how she decided things. Just because she was in charge. I think she should have made much more well thought decisions. Also, she acted without thinking, just throwing herself in dangerous things, throwing herself in almost you-will-die-soon situations.

Her brother, I felt he was interesting and I think he has a better head on his shoulders than his sister. At least he wanted time to think about things.

Then we have the art, which is really hit and miss. There are times that the characters come to life, but other times were they just look like cardboard copies, flat and lifeless. At times it looked really ugly (you would see someone in a bed, without any dimensions or anything) or faces that look off.

Will I be reading this series further? No. It was a fun trip, but like I said, characters fall flat, and I feel like I am in a car that is driving too fast for my liking.