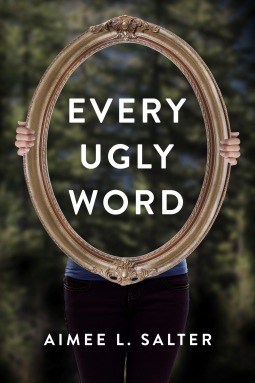 I received this book in exchange for an honest review.

I would put this book on Did-Not-Finish, but I actually finished it, or well I skipped to the last 60/100 pages to see what would happen. So I read the first ~70 pages, and then read the last ~60/80 pages and skipped the middle part.

Why? Well because the book wasn’t that good. The bullying was realistic, but at times too realistic and too much for my liking. I know, I know that is what the book is about, but come on. I was just horrified at what the people were doing to Ashley and that no one (not counting Matt) did anything to help her. Matt was a big idiot and only made things worse for Ashley, and the bullying was just too painful to read about. Then we have Ashley, she makes some big fat stupid mistakes (read it, and I am sure you can find the parts where I was just shaking my head).

Now, the bullying wasn’t the main point why I skipped. I mostly skipped because of that Older Me thing. I thought it would be a nice addition to the whole book, but I soon got an headache and I kept wondering: “Why do they see each other?” and “How does it work?” and “When did it all start?” I received less and less answers, and instead got more questions. Which I will put under the spoiler tag:

The characters are mostly horrendous. I didn’t like Ashley at all, and like I said before, Matt was also terrible and I have added later reasons (things happening, Older Me stuff) to that. I cannot imagine why Ashley is so desperate to have him.

All in all, I wouldn’t recommend this book. Strange occurrences, holes, time that seems strange, idiotic characters.