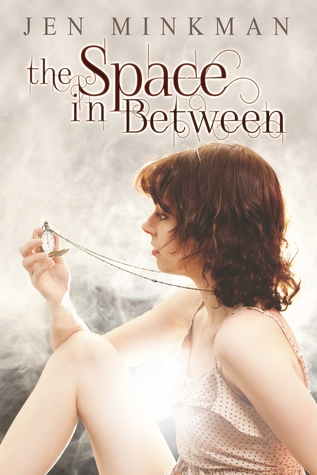 Received book from the author in exchange for an honest review.

Let’s just start with that I wasn’t sure at first to read this book, I heard it was NA and I don’t like NA (because of all the (graphic) sex). Luckily Jen Minkman told me it would be clean NA. 🙂

Now the book, it was a pretty good book, there were various things that I really liked, however there were also things I didn’t like.

The setting, Wales/Dreamland, were really interesting and fun. Jen Minkman tells us with detail how the worlds look, so that it feels like you are standing next to Moira at times. I really like when authors write that way, bringing us closer to the characters.

The characters, well at least for most of the book. Moira was a good character at the beginning, but nearing the end I was just wanting to smack her for various reasons (more to come in the part about the bad stuff). I loved Dai, Tabby and Holly though, they were awesome. I loved how supportive they were of Moira, how they tried their best to help her with her situation, and also her normal life (Patrick and school).
Like I said, Moira was a good character, I found her really interesting and fun. Though at times (not near the part I was) I found her weak.

I am not a big fan of fantasy books, however I did like this one very much. Books about wiccan/witch rituals are always interesting to read.

What happened to Hayko and why Moira has something to do with it was awesome. It was really interesting to see how their things linked and how they clicked together.

The cover. It is gorgeous.

Now sadly, we have gotten to the point were I will rant about the bad stuff.

Patrick, he is a big part of the book, and also a big part of my hate. I really hated how he acted, how he treated Moira. How he tried to coax her into living with him, trying to get her pregnant (at least that is what it seems like), he is trying to control her life, and gets pissed when that fails/doesn’t work. I have had a few times that I just wanted to drop the book because of Patrick. Of course Patrick is not the only one, and also not the only guilty party. Moira is just as bad, she is with this guy for 7 years, and she stays with him, regardless of what he does. She is making all kinds of excuses for him. I could clearly see this is one destructive relationship and that it would be better if both just dropped out.

I was all the more happy when these two broke up (the first time) and while the way they did it wasn’t good, I was still cheering (softly, since it was around 2.30am and my boyfriend was sleeping already). Sad that at the end of the book we see Patrick again, yeah for time going wrong, and she is once again still in relationship. Luckily that one also ends (More cheers, and once again softly).

Now, there were a whole lot of references. And while I did like them for most of them, at times it was just too much, too many and I was just skimming a bit through the explanations. Don’t get me wrong, I am interested in all the mythology/references and all that, but I thought it was bothering the story a bit.

There were also several times were they spoke Welsh (or another language) and I just got stuck on that. I was trying to figure out what the words meant and how they were pronounced. Which in turn threw me out of the loop with the story.

What happened with that teacher. I just felt like it didn’t really belong in the book and I was kind of surprised/shocked(?) seeing it there.

All in all a balanced book of good and bads. I would really recommend this one. 🙂