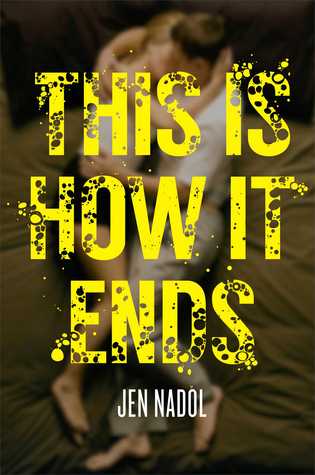 The supernatural part is really boring and quite soon over, it only pops up at times, but I feel like it was just added to give the murder some story. The murder/death part was really big and let’s just say after a while I was through with it. We know he died, and we probably can easily guess who did and all that.  But yet they keep on going and going. The binoculars get used a few times, but that is it. Nothing big or mysterious, just a huge let down.

I didn’t like most of the characters. In some cases I was wondering how they got to be friends, they are all quite different.

The romance part was done nicely, the love triangle was not even something I would get angry at for once. Since you could clearly read they were feeling guilty, were trying to not do it.

The ending however, was just lame. The truth about the binoculars are revealed, and let’s just say, blurgh.

All in all, not really a book I will be recommending to people.