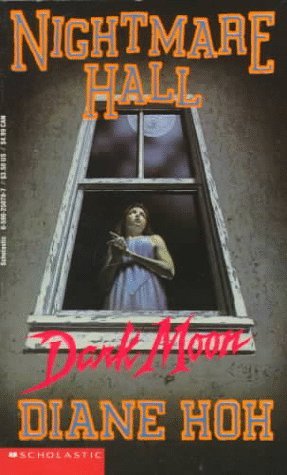 Let’s just say that I hated Eve a whole lot.

Throughout the book I was just shaking my head at that girl, acting like this, pretending like that. I wish she would have stood up and said no to people for once. So what if they expect you to do stuff, you also need a life, a life of your own, not one dictated by mommy or people. But noooooo, she kept whining about it and complaining.
Add to that her attitude towards things. Sure, girl, we know you don’t believe in Paranormal stuff and only take the course because, well you have to, because easy points, but come on. Act a bit nice towards those that believe in such things. Don’t laugh, be mean and make jokes at their expense. That is rude, mean and blergh. It made her a total bitch.

Of course, the murderer was also just annoying. Like a little kid, boohoo, those people are mean, whine whine. Instead of just going to those people and talking to them upfront you just decided to murder them, or at least plan to. It was silly and annoying. Instead of being creepy, it was more like the same thing over and over again.

And Eve, seriously, going through all the horror tropes. Like going to that scary place, alone, in the dark, without any way of communication (Yes I know, this was the I don’t know what age, and cellphones were not there, but she could at least have said that someone should come if she didn’t get back in (insert number of minutes)).

Most of the murder attempts were just silly and boring.

All in all, I think this one is the first book in this series, that I read, that I didn’t like.