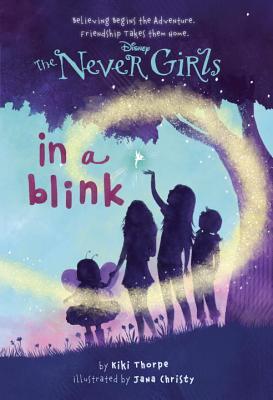 however I was mostly annoyed at the changing POVs at every moment, Tinkerbell is still a stupid fairy and should explode in a pile of fairy dust.

So since I am not really in the mood for a normal review, I will do my good/bad review.

Good:
-Yay! We are finally back at Neverland. So happy that someone decided to write books about it again. And this time not about Peter, oh no, about the fairies that live there.
-I love the fairies and their abilities. Each one had a certain ability, so you would have one that took care of the mice, one that did the harvest and one so on.
-Yay! Evil fairies. I love those, gives the story a bit of a spark and a much needed hint of evilness.
-Nice illustrations, however… (see bad points)
-Cover is nice.

Bad:
-Tinkerbell or should I say Tinkerhell or Tinkerkill, is just as bitchy as she was in Peter Pan and various other adaptations. Dear Lord, she is stuck-up, totally mean and rude to people who aren’t her kind. Oh wait, unless it is Peterweter Panniwannie because she LUBS him (too bad for her he doesn’t LUB her).
-Insert more Tinkerbell annoyances.
-The illustrations. They were nice, but I felt they were really lacking. Like they were meant to be in colour, but due to some magical reasons are now in black and white, which totally don’t fit them and make them lacklustre and boring.
-The changing POVs, at times I just didn’t know who was talking, and in the end I totally just went with the flow and just didn’t care any more. This is a bad thing. Don’t just change your characters at every moment! Bad, very bad thing!
-The ending was so predictable.
-It was a bit bland. It started off pretty awesome but turned out to blandness. I wish they would have visited Peter or had some adventures, but no, all they do is chat, chat, chat and do some stuff, but nothing really special.

Will I be reading the rest of this series? Nope. Sorry, my hatred for Tinkerbell is only growing and makes me want to throw with this book (not that I would ever, but well you all know the feeling).