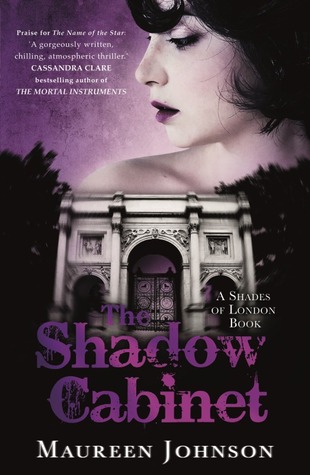 To all: this is the official retail Paperback, not the ARC. I pre-ordered the paperback at amazon.de some time ago, and apparently it is out now at their site. So please don’t ask me about it. Go to amazon.de and ask them why it is out.

Wow, this book was magnificent. Thankfully I remembered enough (it has been around 2 years since the last book came out) so I wasn’t confused that long. Only the prologue confused me, because I forgot who Jane was. 🙂 But that was solved in the first chapter.

Rory is once again making me shake my head. She is ordered to do this and that, but she never cares/follows instructions. We know this from the first book and also the second, but it seems no matter how close she gets to death each time she goes against orders or instructions, she never learns and just goes out again. With consequences and all that. Seriously, you would think she would learn, or would care about the people surrounding her, but she never does. (And then she complains about Stephen doing it, but never cares to look at herself.)
That is really the only thing I really hate about Rory. Other than that she is a wonderful character and an interesting one at that. With her being a terminus, with her just being able to explode ghosts with only being touched or only touching a ghost.
I also still like the fact that she is an American. An American stuck in the UK, which gives us a few hilarious situations in which she still thinks as an American or looks at the UK with American-tinted glasses.

Stephen, sadly I can’t really say much about him, due to the huge amount of spoilers that would give, and I don’t want to spoil the epicness of the whole Stephen situation to anyone.

Then we have a whole slew of characters, including some new ones. Freddie, Sadie and Sid. Freddie who is a good person, but Sadie and Sid are our new antagonists and will probably be featured heavily in the next book. On the one hand I can’t wait for that battle to come, on the other hand I don’t want it to come. Since I fear for the good characters we have. I don’t want to lose anyone in this war.

I loved the plot in this one, and I was amazed that the whole book (all 300 or so pages of it) is all about only 2 or so days. Wow, it felt so much longer.

The ending of the book is interesting, intriguing and I didn’t expect that to happen.

All in all though I am very happy with this book, and also big plus points for having the old cover and not that crappy new one. I do hope that they will continue with keeping the old (aka the girl somewhere in the cover + different colours + monuments) cover and not suddenly switch over. Because then I might just not buy the next book. I already have enough series were they decided it was fun to just switch covers and I absolutely hate it. You would have 2 or 3 different kinds of covers.