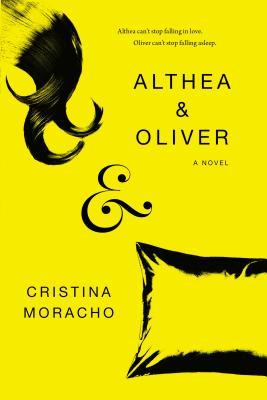 Not a very long review, just a short/medium one to express my thoughts and feelings on this book.

Althea and Oliver, the cover didn’t pull me in (I am still a cover lover), but the description and genres did pull me in. And I am really happy that, regardless of the ugly cover (though pretty colour), I loved the book. That doesn’t happen often. 🙂

The book is written from two POVs. Althea and Oliver. Friends since childhood, however things are now changing. At least for Althea. Althea is slowly, but very surely, falling in love with Oliver. Sadly Oliver doesn’t think of her in that way. Which causes lots of awkwardness between the two. Add to that that Oliver has a rare disease that causes him to fall asleep, not for a night, no for days, for weeks, sometimes for months. Causing him to wake up in a world that is quite different, events having happened and he missing those.

I loved Althea, sure she had quite a few things I didn’t like (like her smoking or her taking advantage of Oliver (and sure at that event he also had a hand in it, but still not a good choice)), but other than the few things I didn’t like, I loved her. She was interesting, kick-ass and I was just cheering for her to get the boy. Hoping she would be lucky, hoping she could be happy.
Like I said, she makes some stupid choices, does some stupid things and lies at times, but we can also see she feels terrible and sorry afterwards. She is not inhuman, she is just a teenager, a very confused teenager. Faced with the end of high school, seeing the love of your life being sick and not feeling the same way as you do, I can imagine one might do things wrong.
I loved her more during the later parts, during the New York time. You could see her glow, grow up and live her life more. She found a place she can call home, made friends and found something she wants to do.

Oliver, mm, I am still not entirely sure I liked him or not. At times I know I did, at times I felt sorry for him. But I think the fact that we barely saw him (after all he slept through quite a bit of the book), is the reason I couldn’t connect to him that much. Also the fact that he was utterly confusing. Saying how he likes Althea, how beautiful he found her, and a few other things, yet not loving her in the way she does love him. It was a bit confusing and contradictory. Also his disease and what he did when he woke up in between stuff was a bit disturbing. Add to that, the fact he like to guilt trip people when he found out months has passed. Not like they can do anything about it!

I have also seen enough people talk about the ending and that people apparently didn’t like it. I loved it. Sure it was open-ended, but I loved that it ended like that, not forced, but instead as expected. I hate it when an author would try to make something happen, something we as readers cannot see happening. I won’t spoil much, but I can say I am really delighted by the ending. Of course this leaves open a space for maybe a few short novellas with some after stuff. What happened to Oliver (did he or did he not make a certain decision, and if he did, what happened to him?), how is it going with Althea (did she stay or did she find another place, did she go home, did she go and study)?

There were also various fun references and a lot of things that clearly showed the age the book was written in. I really loved that.

All in all this book is really highly recommended. A story about love, friendship, sickness and finding a place you belong in this wonderful world.