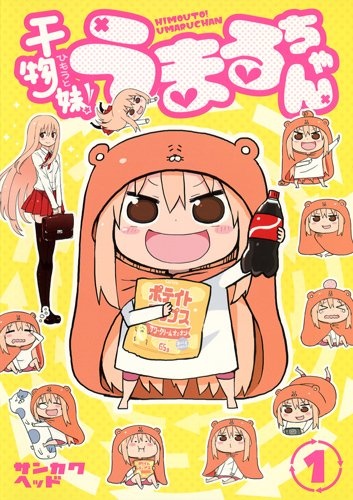 I saw that this manga would be getting an anime in 2015 and upon checking the manga I liked the illustrations and the blurb, so I decided to check it out.

And what a disappointment this was. I was expected some kind of Otaku sister who hides her true self from people at school/outside, but instead I got an Otaku sister who is a total bitch and a total lazy ass. She wasn’t even funny, the only thing she achieved for me was being an annoying brat who (ab)used her older brother. Who she knew would do anything and everything for her. Even buying stuff even though she clearly doesn’t deserve it.
I hated how she wasn’t honest with her friend. How she acted like a prissy and beautiful princess. I think your friend would get it that you like that stuff, that you need a break from reality, otherwise she wouldn’t be a friend. But noooo, let’s not tell her and dump all the otaku stuff away and blame your brother.
And yes, that she did. A lot. Every time something went wrong and she hurt herself she blamed her brother, causes people to have a really wrong image of him. I hated that she did that, and I can’t see why she would do that. Her brother is trying his best to take care of her and gets shit back from her.
All in all, she is now on my list of worst characters.

The only thing that I liked were the references to various anime or Japan-related thing. Other than that, nope.

And I really wish her brother would grow some balls and say no to her for once. Just dump her and let her stew in her own problems.

All in all, I wouldn’t recommend this one, and I won’t be watching the anime.