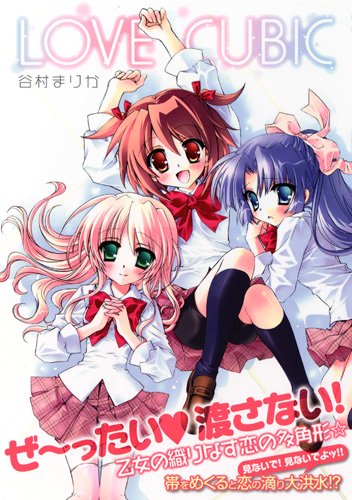 What I was expecting: Romance, Yuri and love.

What I got: Strange relationships, a girl who pees when things get too tough or just because she can, and no romance.

This book was horrendous. I should have dropped it when I got to the first: OMG I have to pee, and thus let it go part. But no, I wanted to know if Sena and our other girl would get together. And thus I had to go through quite a few more pee scenes and quite a few more annoying stuff. And then I found out that the ending just sucked. I won’t spoil anything, but if you are looking for kisses and romance, don’t pick this one up. I wouldn’t even call it Yuri, I would more call it Shoujo-ai (which I see as the under 18 version of Yuri).

The characters are all pretty horrendous. I didn’t like the dark-haired girl who kept peeing her pants/skirt/bed/whatever else. I mean seriously, sure I can see this happen when you are a kid, but I would say the characters are all around 13 to 16 years old. You don’t wet yourself then. I didn’t like her attitude and how she claimed her sister to her own.
The main character itself was also horrendous, I wish she would have taken some action and did some things, but no instead she just drools from far away and tries to hide her frustration and love.

The only thing I did like was the art. It was really nicely done.

All in all, looking for manga that has Yuri/Shoujo-ai, run away from this one and stay away. Pick up Strawberry Panic or Kashimashi.