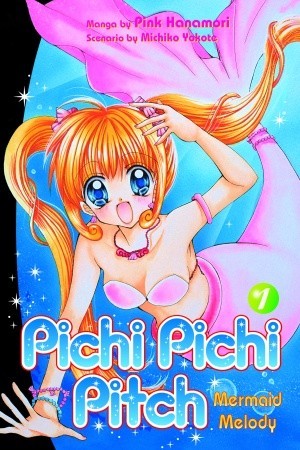 So I read this series for a monthly challenge thing at a group I am in.

I have always been meaning to read this series, but never got to it, and also was missing 2 volumes. With much difficulty and weeks of waiting they arrived so I could start.

The first 4 volumes are one arc story, that one is about Gackto. The other 2 1/4 volume are about a new arc, one that I didn’t think was absolutely necessary. And yes 2 1/4, because the third volume is mostly just a few short stories followed by 3/4 short stories that have NOTHING to do with the mermaids, so I have no clue why there was a need to add them. I wasn’t highly interested in these short stories, so yeah, deducting a point or 2 from the total for this book for that.

Let’s first start with the characters. We have quite a few of those. We have mermaids, boyfriends, enemies and good guys, at times it can get a bit confusing, especially since we don’t see the other mermaids that much, so every time they do pop up I was confused and wondering for a moment who they were.

The main character of this story is Lucia, an 11 to 15 year old girl (depending on where in the arc we are). She has a secret, she is a mermaid and not just a mermaid, no a pink sparkling princess. And she also has a guy she loves to death (which is kind of awkward considering the ages of Kaito and Lucia).
At the beginning Lucia is a clumsy girl and doesn’t always know what to do, but she quickly picks up the pace and becomes totally awesome with everything.
She sings (with her friends) all the baddies away. Which is a pretty awesome thing if I have to be honest. Singing your enemies away? Yeah! Cute and fluffy, yet super effective.
Lucia is also fun and interesting and while you don’t find out much about her life and about her hobbies (to me it seemed she only had one hobby and that is Kaito), you can still care for her and like her.

Then we have Rina and Hanon, the 2 other main-ish characters. I didn’t like them all the time. Hanon was a bit annoying and childish, while Rina was standoffish and cold.
Even know at the end, even with all the things they went through (boyfriends and such) I still wonder what happened to them. We know what happened to Lucia and Kaito, because, ah duh, that was to be expected, but I wanted to know if our two other main-ish princesses got together as well or if they picked the seas once more.

Kaito, ah Kaito. I would swoon over him, but it just doesn’t feel right considering he is very much under age. But he is quite nice and I can imagine Lucia falling for him hard. He is strong and he knows what he wants and he will continue fighting until he gets to his goal. He is also a real darling to Lucia, though also a bit of a pervert. I loved his backstory and found it really interesting. 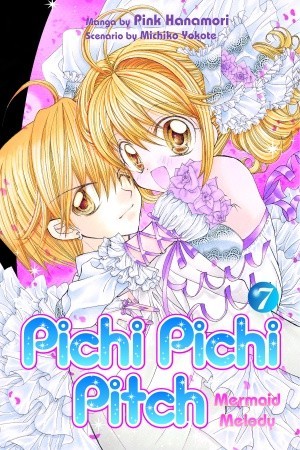 Now something that I just couldn’t really stand. The fact that is manga at times goes well over the safe border and becomes almost a fan fiction. These kids are 12 to 14/15, yet they have sex (I am assuming that, considering the fact they woke up practically naked next to each other). I know, with kids these days that is nothing new, but I am still old-fashioned about it and I think they should wait a bit longer.
Also the images went from quite safe to quite unsafe. We see some images of a naked (just a bit of towel covering) Lucia. And sorry, no thank you.

The first arc was the awesome one and I think they should have stopped there. That was a great arc and I loved how it ended. However the author/mangaka decided to just continue and make a very very bad and lame and horrendous and screw the characters second arc. An arc with horrendous new characters, a lame plottwist that practically destroyed Kaito and Lucia’s relationship and various other things. I just hated it.

Then there is the piece of poop ending. Dear lord in the Heavens above, seriously what kind of ending is this? Lucia has a fever dream and she wakes up with a crown and fancy dress, and we will never find out what or how? Urgh. I hate it when authors/mangaka do this. Give us a decent ending. I wanted to see Kaito and Lucia get married. Hanon and Rina get their respective boyfriends and I also wanted to know more about the sea kingdoms. Did they get rebuild or not?

All in all, the first 4 volumes are 5 stars, but the rest of the books are around 1 or 2 stars.

I would recommend that people read the first 4 volumes and then run away from the series, because if you don’t it will only spoil/ruin your experience.