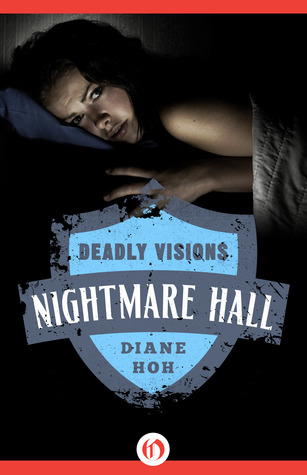 Had to read this for a challenge. At first I couldn’t find a book with a college/university student that easily (most are NA) and then I remembered that I still had this series. 🙂

Sadly this one was pretty bad. I didn’t feel any sympathy for our main character, especially not when she stayed around Aidan/Aiden the whole time. Sorry, but why? I know love makes blind, and I know she had a few times that she was saying no to things, but in general she was still drooling over him.
Her powers (seeing things that aren’t there/dreams/visions/etc.) were a bit lame and I didn’t see why they suddenly POOF were there. I mean, we are talking about someone who is around 18/19 and never had such visions or saw things that weren’t there. It just seemed highly unbelievable. I think it would have been fine if she only saw the things in the drawings/paintings, but add to that the whole dreams thing.. no.

I didn’t like any of her friends. They all seemed pretentious and most of them were acting like our main character was a lunatic/dumb person. Guys, not everyone knows about art like you do. It is your hobby and job, that is fine, but don’t push it on others. Some people just like watching art and not immediately want to dissect or discuss it. I also didn’t like how they acted when she told them she saw things in the paintings. Like because they didn’t see it, it wasn’t there.

Aiden/Aidan was just a dick, seriously. Pretentious, annoying and thinking he is awesome and a god. If someone doesn’t want to do something, don’t keep pushing it, just let it go and leave it. You are not going to get a girl like this.

The whole mystery is also only so-so. I had a 2 suspects and in the end it turned out to be indeed one of those subjects. It is a bit of a shame, I don’t particularly like it when the mystery is that obvious.

All in all, I wouldn’t really recommend this one.