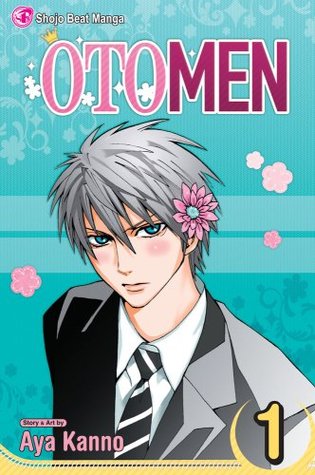 I was already eyeing this manga for some time, but for some reason I didn’t start with it. It was a good book, but I don’t think it was perfect.

For instance our main character is a cool and awesome, but he is also an idiot and I also got a bit tired of his female tendencies. It was just a bit too unbelievable. Especially when we met with Ryou-chan, who was the total opposite of our main character. He is a guy who can do a lot of girl stuff, while she is a girl who is strong and can’t do anything girlie (for instance, her cakes look like they come from the pits of hell). And then they fell in love, or well our main character did. Of course, as is typically the case, the girl is totally obvious to our main character and sees him as a friend. As far as I could see she indeed doesn’t really see him as more, and yeah, that gag gets old when it happens so often in manga. I would expect her to at least get a small hint when he asked her out, but nooooo.

So yeah, our main character is interesting, but again, his female tendencies got a bit overkill. And I also don’t see what is so embarrassing about buying a shoujo manga when you are a guy. Not like those people at the store care or mind. For all they know you are buying it for a friend.
I however did like how he was protective and how he had a very cool side (he looked really gorgeous when doing judo and his other sports).

The one that I really like is our main characters male friend. I can’t wait to see what will happen when a certain thing is revealed. Here is to hoping that it will be done in a good way and not in some cliché way as they often do.
I really liked him though and how he was trying to match up his friends. It was funny to see that everything he tried just failed instantly.

The art was ok, not special or outstanding. It was mostly art that is often typical for this kind of manga. 🙂

All in all it was an interesting manga and I am thinking of reading a few more volumes to see if it gets any better.